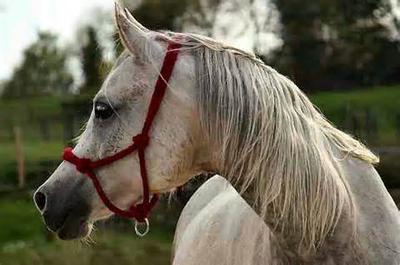 My name is Victoria and I am twelve-years-old. My horse named Keeta (key-tah) is a 3-year-old Quarter Horse mare who has an amazing story that I hate telling.

It starts when she was seven months old, a cute little filly. She was in a pasture with a couple other horse buddies; one kicked her, resulting in a broken shoulder. A woman found Keeta (back then her name was Twinkle) and gave her therapeutic massages. Eventually, Twinkle healed, but the woman could not take care of her anymore. She gave Twinkle to a woman named Bonnie.

Keeta was called Hannah by Bonnie. Bonnie had her as a pasture buddy for a year with her horse Montana. Bonnie found out that Hannah was rideable, but Bonnie was seventy and not able to train and ride a three-year-old mare.

So, I found Hannah online; it worked out for me to pick Hannah up and I did. She was a angel the first week then she started having aggression problems. I was not going to let her get away with getting in my face and trying to kick or bite me.

So it began…training a mare. Yes, every day, hours of work on the mare. She was getting better and I started feeding her a bit more hay. That helped her aggression, as apparently it was the food she was getting aggressive over.

After a month, I had Keeta get some X-rays of her shoulder. It was not good: she had bad arthritis. I had three choices:
1. Have her as a pasture buddy (which I could not afford).
2. Give her away
3. Put her down (this was definitely not an option for me).

So, I did it: I gave Keeta to a horse rescue shelter. It was the hardest thing that I ever did.


Join in and write your own page! It’s easy to do. How?
Simply click here to return to My Horse.