The Hackney horse is native to England, but is praised and loved all over the world as a carriage horse. It is
especially popular in the show ring. The Hackney originated in the early eighteenth century. It is a
descendant of the well-known English trotting horses of that time, the Norfolk Roadster and Yorkshire
Trotter.

The horses of those two breeds had a common ancestor, a horse known as the Original Shales. This horse
was foaled in 1755 and was by Blaze, a Thoroughbred stallion and had a dam that was described as a hackney. The
stallion Blaze was sired by Flying Childers and is generally recognized as being the first, great racehorse.

Blaze and all his progeny  especially his two colts, Driver and Scot Shales  had a huge influence in the
development of the trotters of eastern England. Despite the fact that the two breeds had a common ancestry,
the Yorkshire Trotter and the Norfolk Roadster had different characteristics. The horses from Yorkshire
tended to be of higher quality, while the horses of Norfolk appeared more cob-like. However, as time went
by, the regional differences disappeared.

The Hackney pony was created in the second half of the eighteenth century. Before this breed was developed,
the use of the term Hackney pony had been used just to refer to a small, part-breed Hackney horse. The
Hackney pony was developed mainly thanks to a Westmorland breeder named Christopher Wyndham Wilson.

Wilson used several pony breeds, especially the Fell, as his foundation mares, breeding them with a Hackney
horse named Sire George. Sir George was foaled in 1866 and stood less than 14 hands tall. His method of
inbreeding to Sir George enabled Wilson to gain his aim of creating a Hackney with pony characteristics.
Others breeders later followed his lead.

The original height limit for ponies was recommended by the Hackney Horse Society was 14.2 hands. However,
this was reduced to 14 hands soon after the creation of the Hackney pony. The Hackney is renowned
for its high-stepping action, but this feature was not developed until halfway through the nineteenth
century. It was fashionable to drive showy carriage horses during this time, which was why this action
was developed. The Hackney pony does not exceed 14 hands, while the Hackney horse stands from 15 to 15.3
hands. Both breeds usually come in the colours of dark brown, black, bay and chestnut.

Return to Home
from Hackney Horse 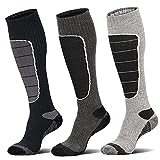 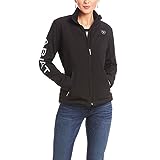