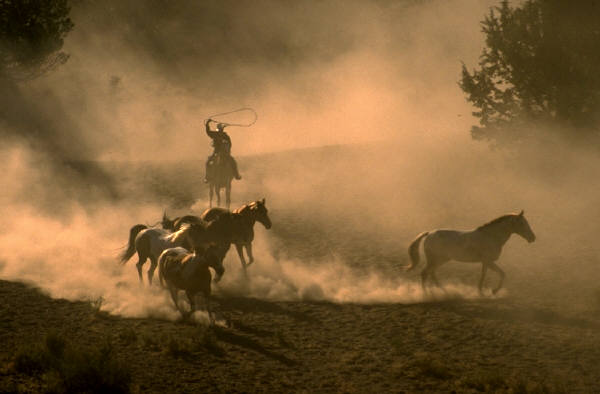 Horse poems–could anything be more lovely? more enjoyable? To combine two of the greatest delights–poetry and equines–is truly wonderful indeed! For centuries man has been inspired by the beauty, magnificence and wildness of the horse. This insipration has led to the creation of many wonderful books, plays, pieces of artwork and even poetry. These creations have not yet stopped being produced–today, many still write horse poems and ever more still love to read horse poems. I am a huge fan of poetry and horses, so there is not anything much better than horse poems. I not only read horse poems, I also write some of my own, as you notice below.

The following horse poems are written by myself, viewers of Learn About Horses and great authors or poets who all felt inspired by the wonder of God’s creation, the horse. I recommend that you yourself attempt to write a few horse poems–it is highly entertaining, thought-provoking and very satisfying when you read the results of your work. Meanwhile, however, just enjoy these horse poems.

If you have any horse poems that you would like to submit or recommend, please get in contact with me via the contact page. I could never collect all the fantastic horse poems out there on my own, so I would great appreciate your help!

Not so enthusiastic about horse poems? Go take a look at all the other fantastic things I have for you to do on my Horse Fun page.

‘The Wise Man’ by Jessica Young

Walking through the mead
On a gloomy-cloud day,
I met an old wise man
By the path a little way.

He had a mane of tufty white
And tick-bites on his skin.
He had pools for solemn eyes of black
And bristly whiskers on his chin.

I asked the wise man many things,
But not a word he said.
Yet occasionally he would prick his ears
And tilt his old grey head.

So enlightmentless but much relieved
I left with a carrot and farewell,
Hoping very much to return to that place
In which the wise man does dwell.

You see, I’ve always like ponies best
As your secrets they never tell.
They just keep them locked up so safe
In a small and furry shell.

Those lumbering horses in the steady plough,
On the bare field–I wonder why, just now,
They seemed terrible, so wild and strange,
Like magic power on the stony grange.

Perhaps some childish hour has come again,
When I watched fearful, through the blackening rain,
Their hooves like pistons in an ancient mill
Move up and down, yet seem as standing still.

Their conquering hooves which trod the stubble down
Were ritual that turned the field to brown,
And their great hulks were seraphim gold,
Or mute ecstatic monsters on the mould.

And oh the rapture, when, one furrow done,
They marched broad-breasted to the sinking sun!
The light flowed off their bossy sides in flakes;
The furrows rolled behind like struggling snakes.

But when at dusk with steaming nostrils home
They came, they seemed gigantic in the gloam,
And warm and glowing with mysterious fire
That lit their smouldering bodies in the mire.

Their eyes as brilliant and as wide as night
Gleamed with a cruel apocalyptic light.
Their manes the leaping ire of the wind
Lifted with rage invisible and blind.

Ah, now it fades! It fades! and I must pine
Again for that dread country crystalline,
Where the black field and the still-standing tree
Were bright and fearful presence to me.

‘The Runaway’ by Robert Frost

Once when the snow of the year was beginning to fall,
We stopped by a mountain pasture to say, ‘Whose colt?’
A little Morgan had one forefoot on the wall,
The other curled at his breast. He dipped his head
And snorted to us. And then we saw him bolt.
We heard the miniature thunder where he fled,
And we saw him, or thought we saw him, dim and gray,
Like a shadow across across instead of behind the flakes.
The little fellow’s afraid of the falling snow.
He never saw it before. It isn’t play
With the little fellow at all. He’s running away.
He wouldn’t believe when his mother told him, ‘Sakes,
It’s only weather.’ He thought she didn’t know!
So this is something he has to bear alone
And now he has come again with a clatter of stone.
He mounts the wall again with whited eyes
Dilated nostrils, and tail held straight up straight.
He shudders his coat as if to throw off flies.
‘Whoever it is that leaves him out so late,
When all other creatures have gone to stall and bin,
Ought to be told to come and take him in.’

‘Papa on the horse As I remember’ by Ric S. Bastasa

Papa rode on the horse
the White horse

But the white horse
Stayed
she was not fed
For days

One day
The White Horse
Got mad
And bit
Papa to death.

I did not wish
The horse
Would eat
Papa whole.

I too would be
Cruel then

‘What is a Horse?’ Lily Whittaker

What is a horse?
A horse has eyes as dainty as a mink.
The grace is interrupted merely by a blink.
A horse is beauty.

What is a horse?
A horse waltzes like breeze over rivers.
She curvets and leaps like rain shivers.
A horse is a marionette.

‘A Horse Is A Horse’ by Tomas O Carthaigh

‘The confusing of horse and donkey’ by Shazeb Azhar

horse saw a monkey
and from horse comes out a donkey

‘Looking for my Horse’ by Werner Klokow

Just the other day I lost my horse
I lost my horse, I lost it somewhere
Not here for sure or I would find it
My horse is hungry my horse must drink
The flies are horse flies you know
They zoom about my head as if to say
You are sitting on your saddle, you dummy
Your saddle under you, beneath that … a horse

The train was not scheduled to stop there
But, Jack, the passenger pulled the stop cord

‘A Horse For Dinner’ by John McAdam

Muscles of might
Pulled so tight,
A body of organs
All for a meal

Why a horse?
Why not a deer?
A horse does the work,
A deer will just peer

A horse is strong
a deer has no uses,
so there for a deer
suffers the abuses

Condemned is a deer
as from the day it’s born,
until the day it dies
and its meaty flesh torn

So why a horse
if a deer has no uses?
because I am a man
Who too, has suffered too many abuses

‘Horse and Rider’ by Ivy Schex

The prairie blows the grasses
And whips the horse’s mane.
They travel, horse and rider,
Through the sea of amber grain

Hills roll by, and clouds pass
But steady are the horse’s hooves
Upon the wind blown grass
As they travel, horse and rider

There is no trail that they follow
No path that can be seen
There they travel, horse and rider
Upon the endless blowing green

‘Just a Horse’ by Ron Secoy

A friend died recently
Our hearts filled with remorse
Some may not understand
They’ll say, ‘He was just a horse’

For my daughter, a new chapter
In her growing up course
Her heart and eyes burned bright
Yet, ‘he was just a horse’

In the arena, through the poles
Riding natures own source
Mounted on her lithe steed
‘Yes, he was just a horse’

A queen in the parade
With a crown and sash, of course
Riding regally through the cheering crowd
Noble and proud, ‘but just a horse’

God created all the animals
Before he created man in due course
Gave humanity all his best
God’s own plan, but ‘never just a horse’

Return to Home
from Horse Poems

Horseback riding for America: the Olympic equestrian team
$9.99
Buy on Amazon
SaleBestseller No. 2

The Equestrian World
$90.72
Buy on Amazon
Bestseller No. 3

Equestrian Adventuresses in Greece
$0.99
Buy on Amazon
Bestseller No. 4 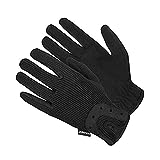