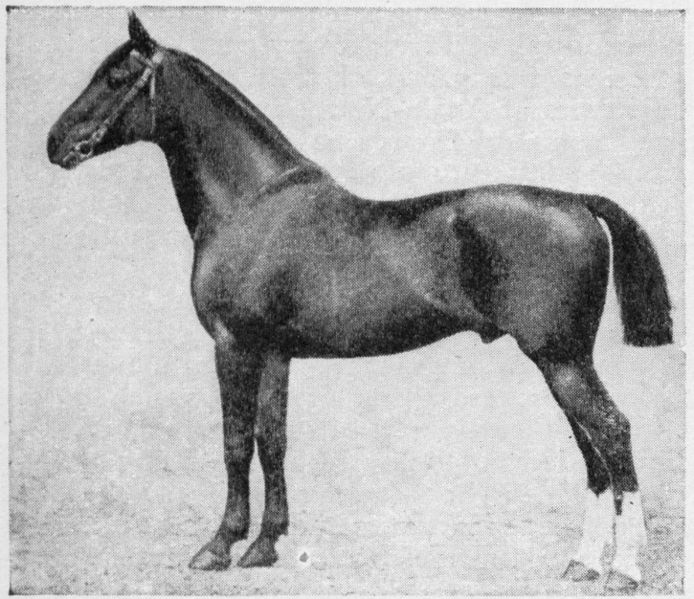 The Norman Cob horse comes from Normandy, where it is still used for light draught work on small farms in La
Manche, Normandy. Normandy has long been famed for its breeding of horses, especially at the great studs of
Le Pin which was founded as the royal stud in the mid-seventh century). Another great stud of theirs is
Saint-Lo, where the modern Norman Cob was bred.

The Norman Cob was named after the English Cob. It has a very similar build to the English Cob, but
only became an official breed at the beginning of the twenty-first century. It was only at that time that
the breeds of half-bred horses realized that there was a need to distinguish between horses to be used for
riding, ones for the army and others more suited to light draught work.

The Norman Cob horse was one of the heavier horses more suited for light draught work. It became very
popular as a workhorse (especially in the La Manche region). Even the powerful, majestic Percheron
failed to supplant here.

There has been a tendency over the years for the Norman Cob to become heavier to help it cope
with harder work. However, though the Norman Cob is very sturdy and muscled, it lacks the huge structure
of a true draught horse. It also never lost the energetic, active action of the half-bred.

The Norman Cob is not too tall, only standing from 15.3 to 16.3 hands. It is well proportioned
overall and comes in the colours of chestnut, bay, brown, red-roan and grey. However, bay and brown
are the most common colours for this breed.