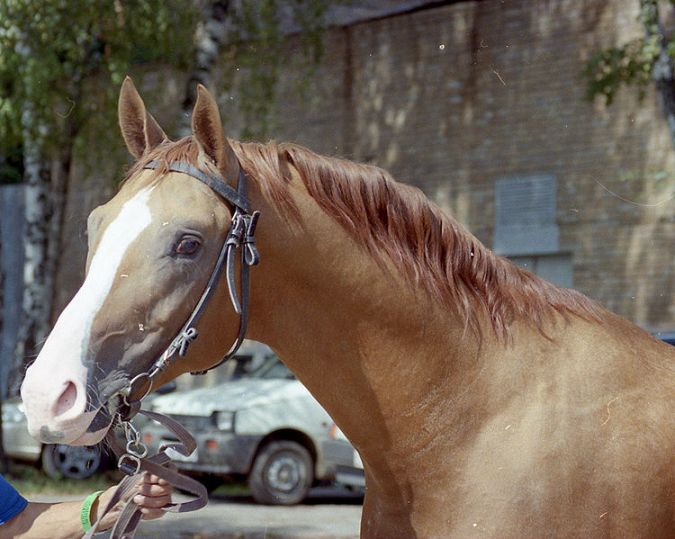 The Don horse was made famous by the Don Cossacks who helped drive out Napoleons invading troops from
Russia between 1812 and 1814. These horses had mixed blood and were descended from the horses of the nomadic
steppe people. The earlier influences of this horse were the Nagai from Mongolia, the Karabakh, the Turkmen
and the Persian Arabian.

In the nineteenth century, infusions of Orlov Trotter and Thoroughbred blood were added and crossings
between the Dons and part-breed Arabian from the Strelets Stud in the Ukraine. All these crossings
which were used to upgrade the original Cossack horse were stopped in the beginning of this century. Since
then, no more outside blood has been used in the creating of the Dons.

Just like most of the other Russian breeds, the Don horse was traditionally bred in herds on the nomadic
expanses of steppes. This made it develop into a tough horse, able to thrive with only a small bit of
help from people. These qualities made it perfectly suited for its original job as an army remount.

Today, the Dons are used for general riding purposes. Different conformation defects tend to pop up
and limit the quality of its gaits, but its strong constitution makes it a suitable mount of endurance
riding. The Don horse stands from 15.3 to 16.2 hands and comes mainly in the colours of chestnut and brown.

Return to Home
from Don Horse