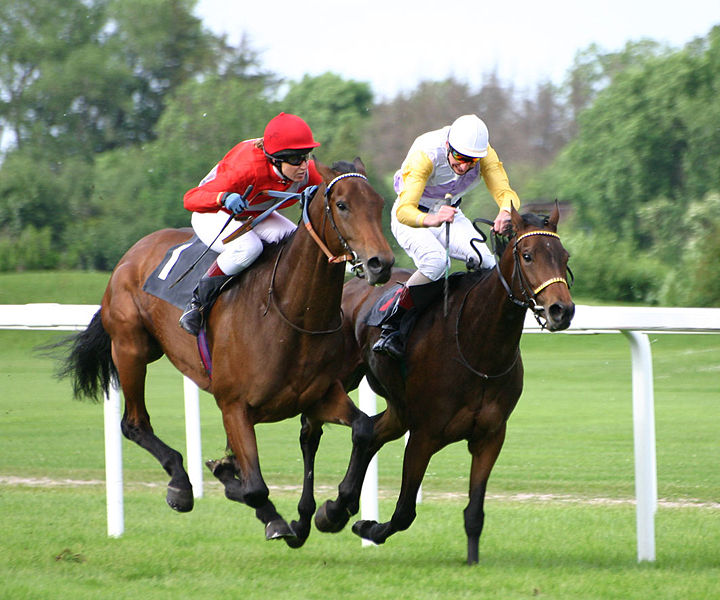 Though the life of man has been incredibly interwoven with that of the horse, no achievement in the area of equines
has ever been as great as that of the inventing of the Thoroughbred. Despite the fact that the Thoroughbred
horses are the best racehorses in the world, they also have played a hugely role in upgrading certain breeds and
creating new ones.

The process of the breeding of the Thoroughbred horse was set into motion by Henry VII in the sixteenth century when he
founded the incredible Royal Paddocks at Hampton Court. Elizabeth I, his daughter, founded another stud at Tutbury in
Staffordshire. Imported horses from Spain and Italy were brought into the country by both monarchs to breed with the
native stock.

Meanwhile, under subsequent monarchs  Charles I, Charles II and James I  got horse racing going. By the early
seventeenth century, regular race meetings were being held at Newmarket, Chester, Doncaster and Lincoln. Enthralled
by the tense atmosphere and excitement of racing, many noblemen took up the breeding of horses for racing, sending
agents overseas to scout for good stallions. Using famous stallions such as the Byerley Turk, the Darley Arabian and
the Godolphin Arabian, the modern Thoroughbred was founded.

The exact bloodlines of the Thoroughbred will never be clearly known as the horses often changes names when they
changed owners and the terms Barb, Turk and Arabian were often misused. However, what is known is that during
the last quarter of the seventeenth century and the first of the eighteenth, Englishmen or their agents imported a
number of eastern stallions, bred them with English mares of different pedigrees and created a dynasty of the worlds
best racehorses.

A horse can be classified as a Thoroughbred horse if both its parents names are in the General Stud Book or
another Thoroughbred stud book from another country. The Thoroughbred horse is a gorgeous equine, spirited,
alert and full of life. Its gallop has been described as eagle-like and breathtaking. The Thoroughbred is
incredibly courageous, has great stamina and a will to win, making it the greatest racehorse, hunter and Three-
Day-Eventer of all time.

The Thoroughbred horse comes in any solid color, but the most common are bay, chestnut, grey, brown and black (I
myself like black and chestnut Thoroughbreds). They stand from 14.2 hands all the way t over 17 hands (taller the
better!). If I ever buy a horse, I want a Thoroughbred horse!

Return to Home
from Thoroughbred Horse