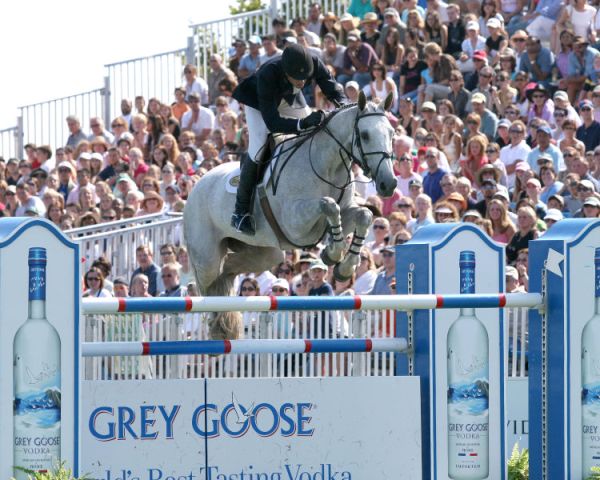 The Dutch Warm Blood horse is the Netherlands highly successful leisure and competition horse. Production
of the breed began when a group of Gelderland and Groningen mares were bred to Thoroughbred stallions. The
Thoroughbreds had been carefully selected and imported from places like Britain, Ireland, France and the United
States. Most of these horses came from the greatest racing lines.

As time went on, the Dutch breeders found that the best horses were produced from stallions that had had
successful racing careers. As well as the Thoroughbreds, Trakehner stallions were used and Holstein mares
were brought in and bred to Gelderland or Groningen stallions.

Later in the breeding program, Warm Blood horses like the Holsteins and Selle Français were introduced and
a spot of Hanoverian and Westphalian was added. Also, there was an increase in the amount of Gelderland
and Groningen horses used.

The end result of all this breeding is a horse used for riding with stunning proportions, a straight,
strong action, a ground-covering pace at all gaits and a terrific temperament. The breeders of the Dutch
Warm Blood horse used a highly efficient, performance-based selection program to breed their horses,
making it a strong breed.

Despite the fact that it is a new breed, the Dutch Warm Blood has already shown how perfectly
suited to competition it is. These horses have had great success in dressage, show jumping and carriage
driving. They have also been used to start other Warm Blood horse strains in Britain, Australia, the
United States and New Zealand. The Dutch Warm Blood stands from 16 to 17 hands and come in all solid
colours.