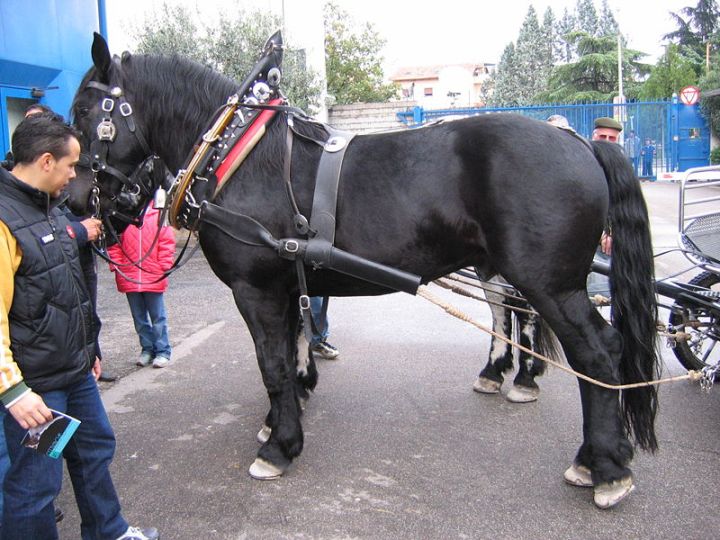 The Noriker horse was created a long time ago in the mountain areas of Austria. It is an incredibly attractive
horse, sharing the same cocoa and cream colouring as the Rocky Mountain Horse. Tough and easy to look after, the
Noriker is noted for its good temperament, strong limbs and surefootedness. These qualities are what made this
horse so popular for work in difficult, mountain terrain.

Like with most horses bred in those days, there was no proper breeding program until rather recent times. The
Prince-Archbishop of Salzburg is said to have created the stud book of the Noriker horse four-hundred-years
ago. It was only then that the standards were raised for all Norikers and stud farms were created.

The Noriker was a hit in Europe due to its hardiness and capacity for tough work. Several different strains of
the breed came about, including the South German Cold Blood. Also, many colour strains found in the Noriker
horse were traced back to the Andalusian and Neapolitan horses, proving that they were responsible for todays
Norikers gorgeous colouring.

The Noriker comes in the colours of brown, chestnut, black, grey and brindle. White markings arent acceptable
in this breed. Stallions of this breed stand from about 16 to 17 hands and mares from 15.3 hands to 17 hands.

Return to Home
from Noriker Horse