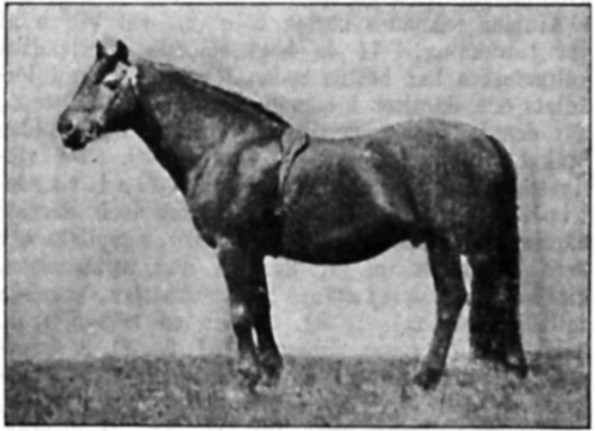 If anyone saw a picture of a North Swedish horse without knowing what it was, they would think it was a pony.
Indeed, these Cold Blood Horses do look like ponies, but, since they stand over 14.2 hands, are horses, not
ponies.

The North Swedish horse is small, compact and agile, perfectly built for its main employment  forestry. These
little draught horses often have to work in small places in bad weather on rough terrain. However, they cope
beautifully with this.

The North Swedish horse is descended from an ancient native workhorse of Sweden which mainly came about thanks
to the Dole horses which were introduced from neighboring Norway. During the nineteenth century, these native
horses were outcrossed with horses of lighter build from near Scandinavia.

However, towards the end of the nineteenth century, there was a move to create a heavier stamp of horses
that were more suited to pulling the heavier machinery that was becoming available. To help with this,
stallions from larger breeds such as the Clydesdale were imported.

Alarmed by the possibility of the old Swedish breed dying out altogether as a result of these outcrossings,
interested parties formed an association to save the breed. Their aim was to breed the old-type stock which
could still be found in remoter parts of the country using Dole stallions. Their plan worked, thanks to the
government who supported it and the performance testing which was introduced in the 1920s which helped in
means of selecting new breeding stock.

In this test, horses are tested for their draught aptitude as well as draught efficiency. The older test
involved pulling a sled full of logs, the judges rewarding points according to the horses performance and
its condition after hard work. For the efficiency test, the horse was hitched up to a wagon and its actual
pulling power was measured using a dynamometer, just like the actually amount of horsepower is measured
in a cars engine.

The North Swedish horse continues to thrive in its natural environment. It is very popular in areas where
it is more cost and time efficient to use horses rather than machines. In this breed, stallions stand around
15.2 hands and mares reach 15 hands. All North Swedish horses come in any solid colour.