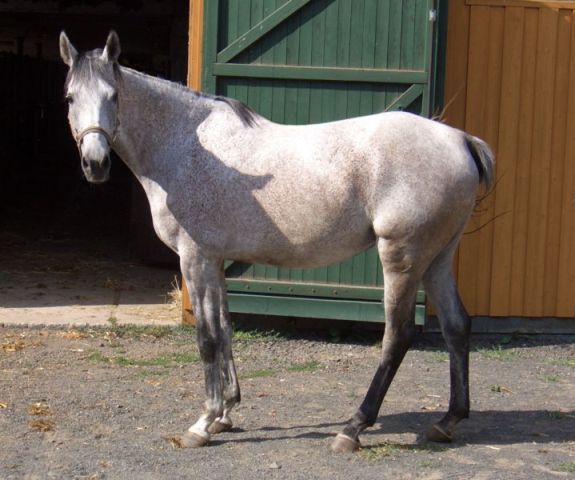 Even though these various breeding methods create the same “breed” of horse, the very best Anglo Arabs can be obtained by breeding a Arabian stallion with a Thoroughbred mare. Foals from such a breeding will be likely to inherit the endurance and stamina of the Arabian and the all-out speed and scope of the Thoroughbred, but hopefully not its flighty, spirited temperament.

Because there are various ways to obtain a horse which one would call “an Anglo Arab”, the foals often vary in conformation, size, temperament and sporting ability. However, the majority of
Anglo Arabs tend to take most after the Thoroughbred in appearance, inheriting the long legs and short body of the British-originated breed and the bigger eyes, slightly sturdier build and very slight dish of the head from the Arabian side of the family.

The French have always been renowned for their breeding of excellent Anglo Arabs. The bloodline of the French Anglo Arab started with two stallions called Massoud – an Arabian – and Asalm – a horse supposedly of Turkish origin – who were taken from Syria and bred to three English Thoroughbred mares by the names of Daer, Comus Mare and Selim Mare. The three fillies that were the result of this breeding became the original stock of the France’s first sport horses.

Anglo Arab horses were originally used in France for military, general riding and competition purposes, but more recently they have been used for the development of modern breeds such as the Selle Francais, even though they are still used for three day eventing and endurance riding. They are usually around 15.3 to 16.3 hands in height and come in the colours of chestnut, black, bay or brown.