George II – the Elector of Hanover and King of England – founded the state stud that was to be the origin of
the Hanoverian horse at Celle in 1735. The aim of the stud was to provide the locals with the services of
quality stallions at decent fees. The original horses of the stud were mostly
Holsteins and Andalusians.

However, thanks to imports such as Thoroughbreds from England, the Hanoverians began to show some more
quality. The aim of the importing was to create a decent, all-purpose creature that could work the land, be
ridden and used as a light carriage horse.

Now, just like most breeds of horse from Europe, the Hanoverian horse’s development was heavily effected
by war. Towards the end of the eighteenth century, the stud at Celle had over one-hundred stallions. However,
by 1816 after the Napoleonic wars, there were barely more than thirty stallions remaining.

To compensate for the loses, more outside blood was imported, especially Thoroughbreds. However, the
Hanoverians became to light for the work asked of it. To fix this, the amount of Thoroughbred used
in the breeding was reduced.

The World Wars came and went, and once again, the Hanoverian horse was unsuited to the work being asked
of it. Thoroughbred blood was added once again and Trakehner was introduced. This created a
Warm Blood Horse more suited to the demands of the leisure-horse market.

Today, the Hanoverian horse we know is lighter and less coarse than the one of old. The breed is noted
for its good temperament. Just like other German Warm Bloods, stallions can only be licensed if they
pass a veterinary inspection and then must be ridden in performance tests. Hanoverians are among
the most sought-after horses in the sporting market. They make the best show jumpers that money can
buy and are also very competent at dressage. Hanoverians come in all solid colours and stand
from 15.3 to 16.2 hands.

Return to Home
from Hanoverian Horse 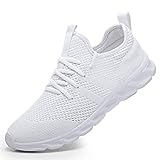