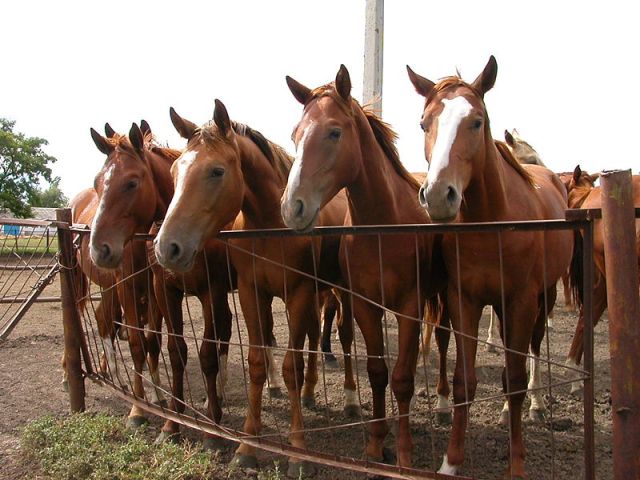 A breed of many names, the Russian Budenny horse is also called the Budjonny, the Budonny, the Budennovsky and the Budyonny. Though generally golden-chestnut in colour, the Budenny can also be bay, grey, brown or black. It is rather slender and lanky in conformation, standing between 16-16.3hh. Issues regarding its build are offset cannon bones in the forelegs and excessively straight hind legs, but other than that it is remarkably sound.

Named after Marshall Semyon Budyonny, a Bolshevik, horse breeder and renowned cavalry commander who made his reputation in the Russian Revolution, the Budenny was first created during the early 1920s in the Rostov region of Russia. The aim of Budyonny was to create a capable cavalry mount to replace those lost in the First World War.

The original Budennys were a mixture of the local Don horses, Chernomors and Thoroughbreds. The Chernomor – like the Don – is a Cossack breed, but is smaller than its counterpart. The first few Budenny horses had Kirghiz and Kazakh horse blood; later on though it was found that the offspring of these crosses were not satisfactory regarding hardiness and conformation, so the two breeds were eliminated from the breeding process.

Those early Budennys were called “Anglo-Dons“. They were originally categorized into three groups: “Massive” (a large, rough type which was ideal for herding and pulling carriages), “Eastern” or “Oriental” (a finer, more elegant type which was very beautiful, but more time-consuming to keep) and finally “Medium” (an athletic type which was the fastest of all, highly resembling a Thoroughbred). The young horses between the ages of two and four would be tested on racecourses and cavalry equitation courses to judge their performance abilities.

After being officially recognized as a breed in 1949, a venture was undertaken in the following years to see how well the Budenny horse would adapt to wilderness conditions without the aid of humans. Several horses were set free on an island in Manych Lake – they thrived and have remained there henceforth.

The modern day Budenny is a Thoroughbred look alike, having the same good bones and gangly legs. Its speed, agility and endurance makes it an ideal all-rounder in the disciplines of dressage, jumping, steeplechasing, three-day eventing and endurance racing; they can also be used as light carriage horses.

Return to Home
from Budenny Horse