The Hungarian Half bred Horse 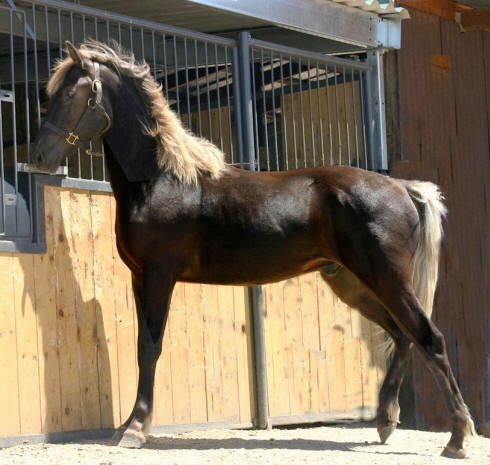 The Hungarian Half bred horse has a very interesting history. The nation of Hungary began producing sport and
leisure mounts during the 1960s, carrying on their tradition of breeding lovely horses. The breeders imported
Hanoverians and Holsteins
to cross with the Furioso and Gidran in an attempt
to create a horse perfectly suited for the requirements of the time.

The Gidran, which can be accurately referred to as the Hungarian Anglo-Arab,
has been traced back to an Arabian stallion called Gidran Senior. This stallion
was imported to Hungary in 1816. The colt of Gidran Senior, Gidran II, was bred from a Spanish mare and became the foundation sire of the
breed which bears his name.

In the beginning, a large variety of mares were used, but later Thoroughbred
stock was introduced and, following this, more Arabian blood. This resulted in the
creation of a quality horse with a strong, ground-eating gallop, developed at Hungary’s chief studs, Mezohegyes, Kisber and Kecskemet. Kisber was named
after the Hungarian-bred horse who won the British Derby in 1876 and Kecskemet is famous for its cross-bred driving horses that are based
on Lipizzaner and trotter blood.